The Difference Between Direct Mail and Online Fundraising: which is more successful? 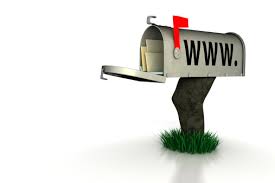 In recent years, there has been a lot of talk about the fact that direct mail is in decline.  So does that mean that we should ditch it now and switch to online fundraising?

Or, as it’s a gradual decline, should you just ignore the stats until things are really bad and switch your approach then?

Before you make a drastic switch from one to the other, it pays to determine who your audience is and what you are trying to achieve:

Let’s not forget that, no matter what, most donors tend to be middle-aged to older people so ditching direct mail might just see your donations plummet.

The Case for Direct Mail:

The Case for Email:

So What Should You Do?

First of all, determine who you want to reach and why.
Secondly, and perhaps most importantly, consider the reality that your donors (and potential donors) are probably a cross section of those who like online fundraising and those who prefer direct mail.  So a mix is probably the best approach.  Don’t throw out direct mail just because online is the latest thing.  It still works – and remember that 75% of new donors will give via direct mail.

Direct mail may eventually go on to be replaced by online fundraising but the stats suggest that’s still a long way off so until then segment your data to determine who will receive what.